The last part of our Malaysia trip was into the Cameron Highlands. The drive from Kuala Lumpur was a straight highway for the first hour followed by mountain climbing in the last hour or two. Our driver was to drive us to Tanah Rata, from where a local guide would pick us up and take us around for a full day tour. Once our guide showed up we were driven up to our first stop: Boh Tea Plantation.

The plantation itself was beautiful. In general, most tea plantations have a very similar look, but the surrounding area, the hills, make for a very pretty stop. I did bring my drone along, so I was able to get some pretty interesting videos and photos. Sadly a few minutes after being in the air, I was approached by security to bring it down. Sad. But my fault for not getting permission beforehand. So for drone flyers, they do give our permission…from my understanding. 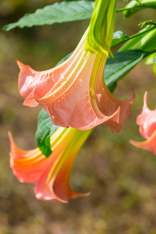 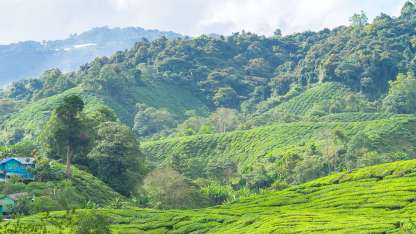 Other than admiring the landscape, there was also a nice tea and food place up a small hill. A fun place to have a nice warm cup of tea whilst enjoying the views. It is a bit expensive, but worth it if you want to just sit back and relax for a little. It does get crowded as well. Considering we went off-season, it was still pretty full.

Once we were done with the plantation, our next stop was the Mossy Forest. A beautiful drive up to the top of one hill, to climb another. The good thing was drone use was not banned here. The hike up is not bad at all to get to the top of the hill. You get to see the beautiful green moss all around the trees. All very protected. Views from the drone were pretty nice. 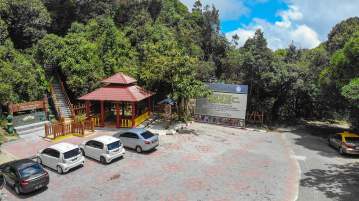 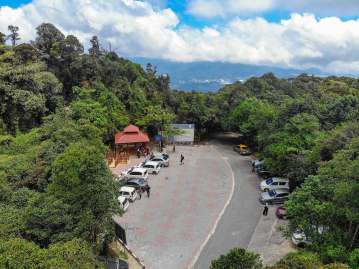 And the views, once you get to the top of the path, aren’t bad either. 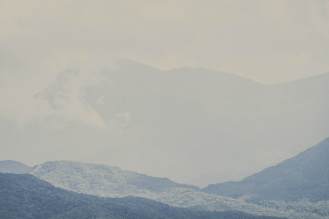 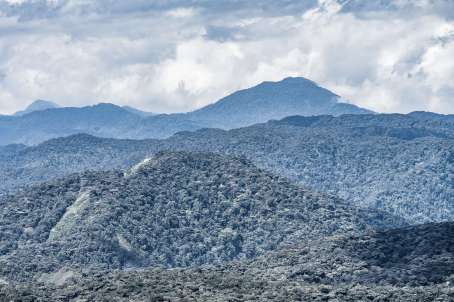 After the good walk, we head to a place called the Cameron Highlands Butterfly Garden. I’ll be honest here for a second. I was sad to see the state of animals and butterflies here. Not much space for the butterflies to fly around. Since it was already paid for, I did try and get some good shots of the nice parts..but I’d not go back here. I didn’t have a good macro lens on me, so getting real close was a little harder. 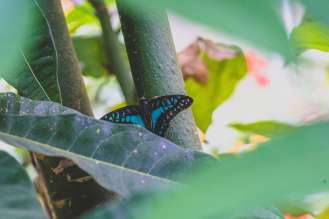 Again, I’d not recommend going here to support this. In fact, after spending some time here, I decided to check out their reviews online and a lot of people share the same sentiment.

Oh, and it’s not just a butterfly farm. Lots of other animals all in very small spaces. I felt bad for them. Being from Africa, I’m just used to seeing animals moving freely. Even a zoo gives so much more space. 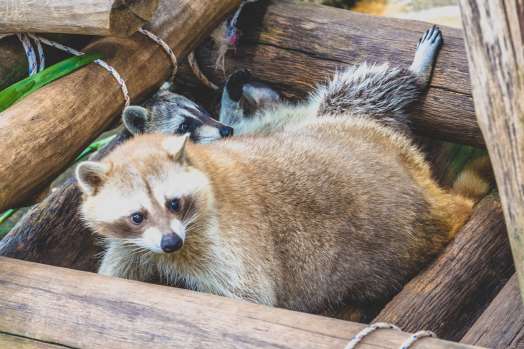 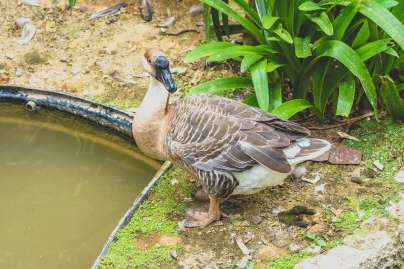 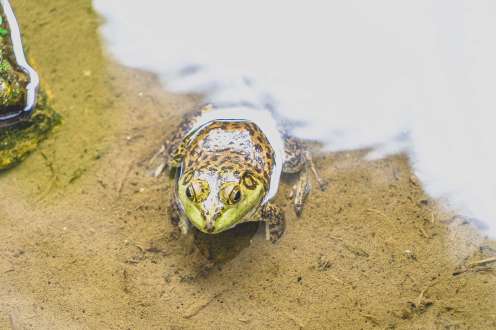 The one thing I do support, however, is how many flowers they grow. Seriously! So many flowers everywhere. They even had dedicated flower farms. 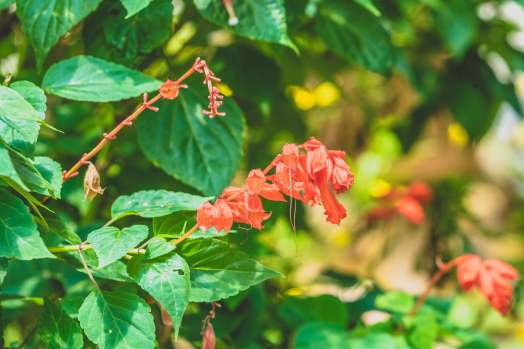 Next was a quick stop for lunch, at a small town called Brinchang. Lots of options for food for both vegetarians and non-vegetarians. Not much else to do here. So we head for the Buddhist Sam Poh Temple. The temple itself doesn’t have much to see other than the location, but it’s so peaceful. No noise whatsoever. It was on a hill after all. All you hear is the wind blow and the chimes from that. It was a well-needed rest after the intense day. 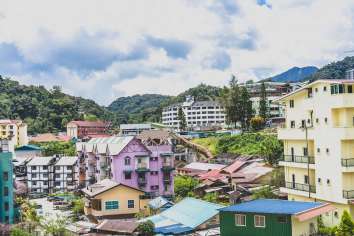 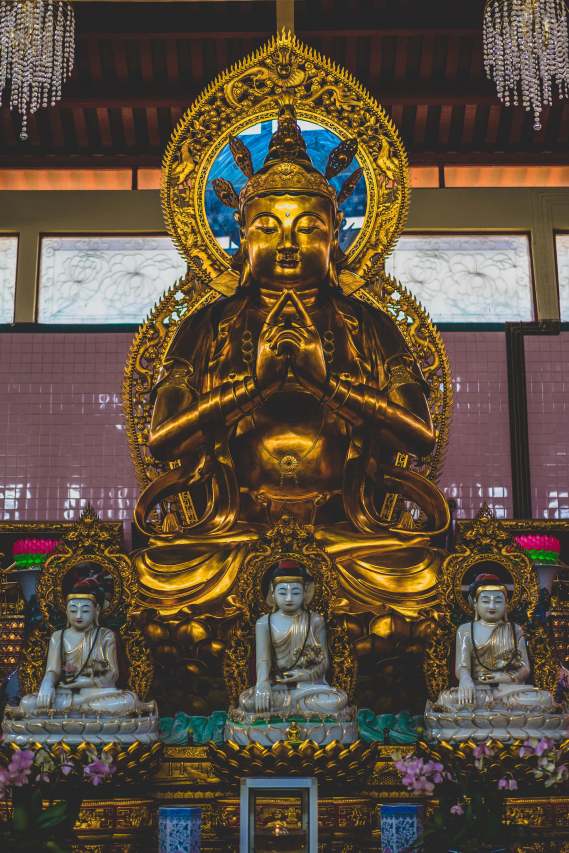 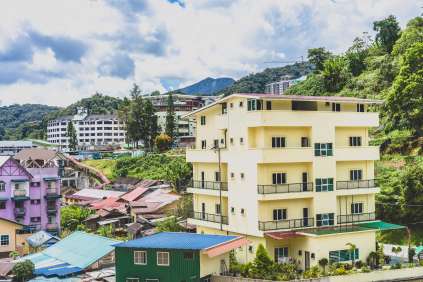 Our last stop of the day was a remote “waterfall”. And I mean remote. No tourists or even locals to crowd the area. It started raining as we got there so just sitting under the shade listening to the waterfall…I would definitely love to sit there for hours, drink a cup of coffee, and read a book. 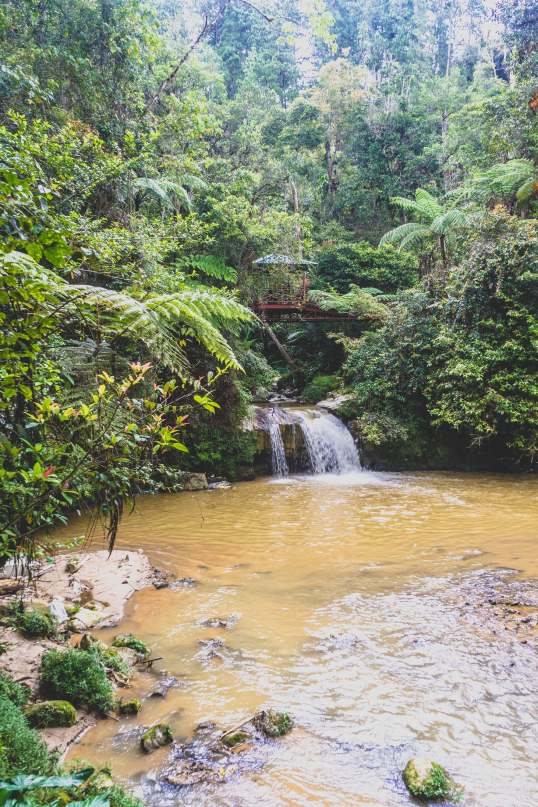 You can always find (by trip) my stories which include videos on my Instagram, so do check it out 🙂